How to Install VMWare Tools in Kali Linux?

Virtualization is a great technology that allows you to run multiple operating systems and applications on a single computer, thereby reducing hardware costs, but installing tools for virtualization can be daunting. This post will teach you how to install VMware Tools in Kali Linux, so that you can create and run virtual machines.

While Kali Linux is a fully functional Linux distribution designed for penetration testers and hackers, it doesn’t come with the VMware tools suite, which are used to convert VMware virtual machines into physical ones for easier management. It’s very easy to install the tools, but if you’re new to using Kali, or are new to using VMware, this post will give you an overview of the process so you can get started.

In this article, you’ll learn how to install VMWare Tools in Kali Linux on Windows 11 step by step. So, let’s get this party started.

Kali Linux is a free Linux distribution based on Debian that is intended for penetration testing. Backtrack Linux was the initial version of Kali Linux, which was published in 2013. (an old operating system for testing). Over time, several of the utilities duplicated in BackTrack Linux were removed from Kali Linux. Kali Linux has over 600 penetration testing tools, and it can run live on a USB or DVD flash drive without installation, as well as be installed as a desktop operating system on a computer. As a result, it is a very sophisticated operating system that requires certain expertise to use.

What is the definition of virtualization?

Virtual programs may be run on personal computers, laptops, and servers. As a consequence, you may work on several projects at the same time on your computer.

Virtualization has many applications in data centers. We can, for example, rent your servers and PCs after converting them into virtual machines. Naturally, converting your home server or computer into a virtual workstation is not a good idea. Because datacenters need a high-speed internet connection that must be available 24 hours a day, it is very expensive.

Before you install an operating system in a VMware virtual machine, you must first install VMware Tools, which is a critical program. VMware utilities offer a virtual machine with a variety of useful features. Some of these are listed in the bullet points below.

In Kali Linux, follow these steps to install VMware Tools.

You should upgrade the system to the newest version before installing the VMware tools so that it may be more efficient and up-to-date. Make sure you’re connected to a fast, stable internet network connection before updating your Kali Linux operating system. Simply enter ping google.com in the terminal to see if you are connected to a network or not.

If you get the following result, it indicates you’re connected to the internet.

Simply enter the following command to update the system.

We’re now ready to proceed with the VMware Tools installation on Kali Linux on Windows 11.

Step 2: Run VMware tools and extract the zip file to your desktop.

Step #3: Right-click the extracted folder and choose Open in Terminal from the menu.

In a terminal, open

Step #4: In the terminal, write the following command and click enter.

After you’ve typed the command, just hit enter for the rest of the instructions.

After the installation is complete, restart your computer and you’re ready to go.

That is the simplest way for installing VMware Tools in Kali Linux on Windows 11 that I am aware of. Please let me know whether this is working or not for you.

Virtual Machine tools are becoming more and more popular for hacking into Windows machines, but can also be used for penetration testing computers that are not running Windows. VMWare tools are free virtual machine tools that allow users to run Linux, Windows, FreeBSD, Solaris, and other operating systems inside a virtual machine. It takes a little bit of work to install them, but once they are installed, they are very easy to use.. Read more about install vmware tools rhel 7 and let us know what you think.

To install VMware tools, you will need to download the ISO file for your version of Kali Linux. Once downloaded, burn it to a CD or USB drive and boot into the live environment. From there, open up a terminal window and type in sudo apt-get update followed by sudo apt-get install vmware-tools.

How do I install VMware tools on Linux?

To install VMware tools on Linux, you will need to open a terminal and type in the following command: sudo yum install -y vmtools

How do I install VMware tools? 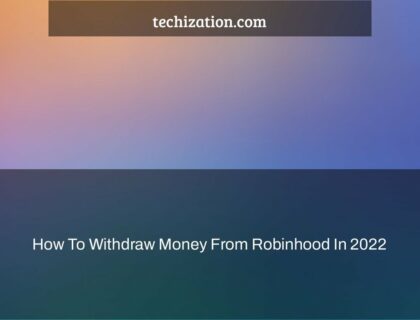 How To Withdraw Money From Robinhood In 2022

How to Take Screenshot In Moto G60