How To Fix ‘Driver irql not less or equal’

The error code driver irql not less or equal means that the current state of the device is not what you are expecting. There are many possible causes for this issue, but one common reason is a faulty system memory address that has been corrupted by malware or other software.

The “irql not less or equal windows 11” is a common error message that can be caused by a number of different issues. The most common cause is the Windows Update service being disabled. The Microsoft Fixit Tool can fix this problem.

What is the meaning of the error ‘Driver irql not less or equal’?

This computer’s system message is a hardware fault notice from Windows. It always happens when the hard drive refuses to start for whatever reason or when the system abruptly shuts down in the midst of a task. Regrettably, the reasons might be many and diverse. ‘Driver irql not less or equal’ might also occur during the installation of Windows. You should hire a computer expert if you are frightened to touch your computer.

The “Driver irql not less or equal” error, on the other hand, is fairly prevalent, particularly when gaming or when high performance is needed. This stop code generally indicates a disagreement between two or more hardware devices in the current driver. A driver seeking to access/write to a read-only RAM allocation or a location not assigned to the device, or a memory allocation being accessed by more than one driver at the same time, might trigger this conflict in the memory units (RAM). This will force the system to “panic” and dump all of its memory, resulting in a BSOD and a reboot of your computer.

This error is caused by a conflict between malfunctioning, obsolete, or corrupt drivers. The GPU (Graphics Processing Unit) drivers, as well as your mouse, keyboard, gamepad, or other game controller drivers, are generally to blame in games. AVG, IObit, Avast, McAfee, and Norton are examples of antivirus products that install drivers to manage your firewall and internet behavior, among other things. This error is caused by these drivers denying activity to another driver or attempting to modify input from other drivers. This problem might be caused by defective Ethernet or wireless drivers if you’re playing an online game (e.g. CS:GO, Fortnite). Overclocked and overloaded PCs (even new ones like the Surface Pro 7) are also prone to this BSOD issue. This may be caused by programs like MSI Afterburner, which cause voltage and RAM frequency to fluctuate. A malfunctioning RAM might possibly be the source of the issue, necessitating its replacement.

How can I resolve the error ‘Driver irql not less or equal’?

Causes of “Driver irql not less than or equal”

The BIOS statement ‘Driver irql not less or equal’ might mean a variety of things. The warning itself might be pointing to a driver, which could be the result of hard disk destruction. A faulty graphics card or a broken memory latch are common causes of issues. At the end of the day, we have no choice but to test each option one at a time.

If you have another computer available for this reason, you may swap out hardware or test allegedly faulty components there.

Our tutorial works with the following computer systems:

Windows 10 is the latest version of Microsoft’s operating

Windows 8.1 is a new operating system from Microsoft.

Vista is the latest version of Microsoft’s operating system

Windows XP is the most recent version of Windows.

There is no apparent explanation for this issue; it might be caused by a variety of factors. In certain circumstances, the issue is not with the device driver, but with the hardware itself.

First, make sure the driver is free of errors. As a result, make sure that all of your hardware’s drivers are up to date. The steps for upgrading the drivers may be found here.

It is normally recommended that you apply all of your PC’s updates.

A failed hard drive is one of the probable reasons of the “irql not less or equal” error. It’s difficult to say if this is the true reason. The simplest method is to uninstall it and test it on a functional computer. It is not the reason of the error message if it runs there correctly.

You may also check whether all of the cable connections are properly seated. After repeated efforts, the system may start, but there are still issues. This creates the appearance that the hard drive is destroyed, although it’s possible that it was the graphics card all along.

Other times, drives that aren’t involved produce issues and interfere with the other drives through the controller. Disconnecting all drives (not just the power supply!) and restarting your computer may also assist.

Cases 3 and 4: “Driver irql not less or equal” is caused by a graphics card or the main memory unit.

Damage to the graphics card and main memory might result in improper data processing, which may seem to be hard drive difficulties. If you can rule out the hard drive as a probable cause, you may be able to pinpoint the problem to these two components, since they are often the source of this Error.

Checking the memory is an excellent place to start when trying to solve this issue. In most PCs, we have two memory locks (also known as RAM), and even one faulty memory chip may cause these errors. As a result, you should simply switch off the computer, unplug it from the power source, and remove one of the memory bars. After that, you attempt to restart your computer. If it doesn’t work, go on to the next lock.

It doesn’t always work since the BIOS doesn’t recognize the modification. Then, before booting, go into the BIOS and reset all of the settings there. If it was the primary memory, you should now be able to boot with one memory lock.

The problem, though, might have been with the graphics card. This occurs on a regular basis. However, few people have several graphics cards at home.

In this instance, having the ability to quickly switch to another computer’s graphics card might be beneficial. The following also applies in this case: Before replacing either computer, disconnect it from the network. It’s not so much for your personal safety as it is to keep the motherboard from being damaged.

Cause 4: “driver irql not less or equal” is caused by processor heating.

The error message “driver irql not less or equal” is often attributed to a memory processing issue, while the processor might also be to blame.

When it is too hot, the problem commonly happens in this reason. This issue, however, is distinct from the others discussed so far in that it does not occur when the computer is turned on or off cold.

This is a good thing since it makes it simpler to pinpoint the problem. The reason is almost often a cooling issue rather than a failure in the CPU technology.

This may happen if ventilation slits are blocked, such as while working with your laptop on your cover/duvet. Also, if there is too much dirt/dust on the computer’s ventilation vents.

You should clean everything in this situation, particularly the computer’s fan.

A video tutorial on how to repair ‘Driver irql not less or equal’ can be found here.

What is the procedure for updating a driver?

Follow our step-by-step instructions or read the brief explanation at the bottom of the page.

Note: If the instructions don’t work, you may try the appropriate hardware manufacturer’s website, such as the Logitech download page or the Nvidia download page. You may often get the most recent drivers from there. In certain circumstances, these drivers are so fresh that Windows’ automated driver search does not detect them, and they must be loaded manually.

By clicking or hitting the [Windows] key, you may access the Start menu. Now type “Device Manager” into the search box and choose the Control Panel option that appears.

You’ve arrived at the Device Manager page. Look through the categories and choose the one that corresponds to your hardware. To update the graphics card driver in this example, right-click on the relevant hardware (in this instance, the Intel graphics card) and choose “Properties.”

If the issue happens on your computer, laptop, or notebook, you should use the Reimage Plus program to check the repository and restore any damaged or missing data. This will work in the vast majority of situations when the issue is caused by system corruption.

The “irql not less or equal blue screen” is a problem that can occur when you are trying to install an older driver. If this happens, try installing the newer version of the driver.

A: If the value of IRQL is not less than or equal to DPC_Priority, Driver_irql will generate an error code.

What does stop code Irql_not_less_or_equal mean?

A: This error is usually caused by a hardware failure. It can also happen if the computer cannot even start up because it does not have enough power or memory to run correctly.

Can RAM cause Irql not less or equal? 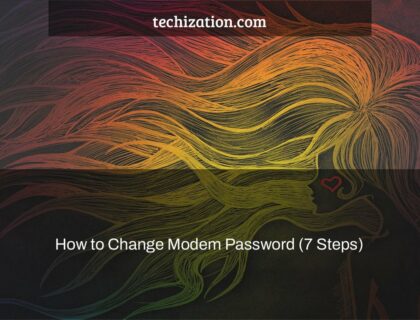